Context; I try to divide each cell from a table by another table but i some worry with node “Table Row To Variable Loop Start”.

Can you help me ?

Have you executed the loop start node before you try to configure the Column Rename node? The flow variables are not available until the loop start is executed.

Yes I have. I have excecuted the loop start node before ran the column rename node.

Hi @Cedunia,
I was able to configure the column rename node in your workflow via a flow variable, configured the flow variable tab as shown bellow: 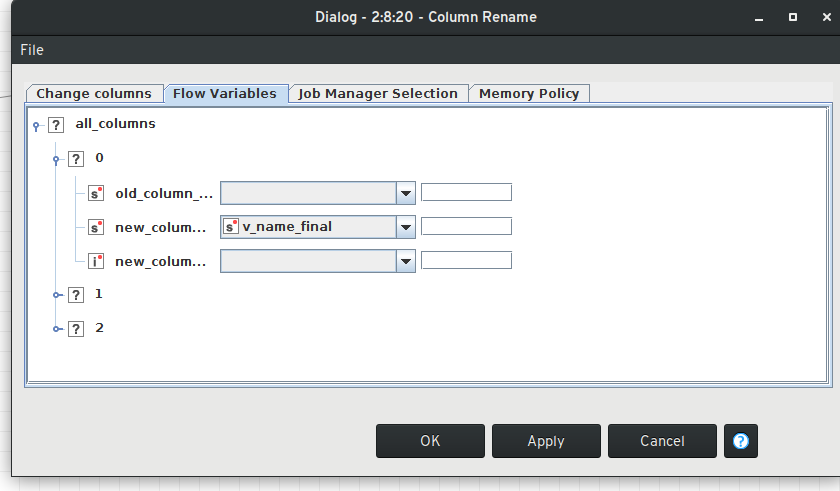 Great it’s resolved.
I should use the tab Flow Variables into node to import variable.