Problems with the xls-Formatter - currency

In my exported Excel-File i got two diffrent currency-formats: One column “Provisons-Basis €” is correct, the second column “Provision €” is wrong. Wrong because the €-Symbol is missing.

Both Columns are formatted as Double: 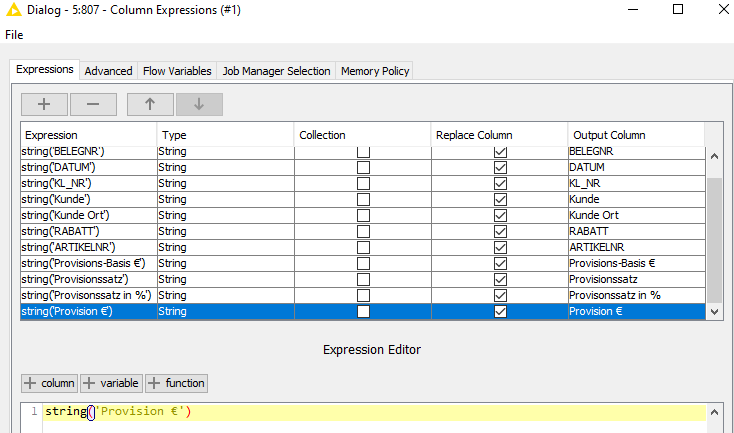 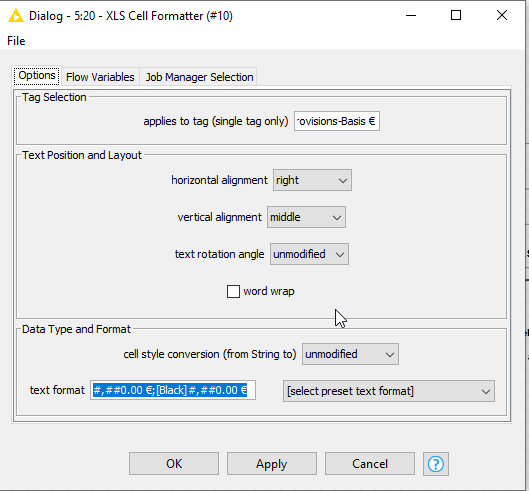 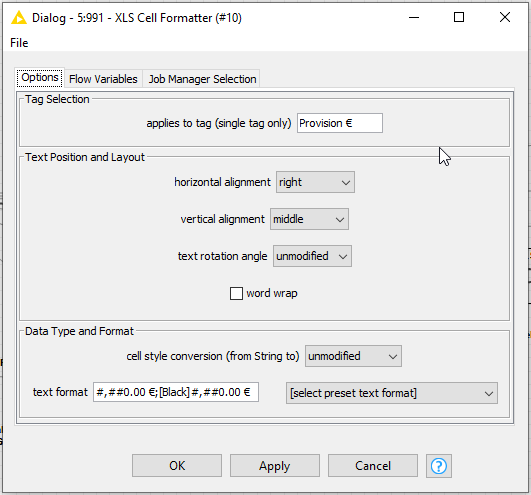 I can´t find the mistake in my configurations of the nodes.

I have been leaning harder on this node, which dramatically simplifies Excel formatting and formula structure.

This node writes the input data table into an existing Excel file without changing its formatting. Alternatively a new file will be created based on the templa…

The first column you have a period in the numbers, which Excel will pick up as currency format, whereas the second column does not, so picks up as a general number.

Don’t know if that is your problem, but it is what I see.

I think you would have to upload some sample data in an exported workflow. When I encounter things like this kind of thing, it usually requires some troubleshooting.

Your suggestion will help. But you will also need to change the locale settings for your computer to match the environment of the OP. I’m not sure to what extent KNIME nodes are locale aware and in sync with the host operating system. We’ve always standardised on commas for thousand separators and periods for decimals to avoid problems, but that doesn’t apply to everyone.

True, but it could be something more easily found on the KNIME side like character encoding for commas or hidden characters.

I think I used the same formatting

on both XLS Formatter nodes. But in the exported Excel table after the nodes the formatting is different. 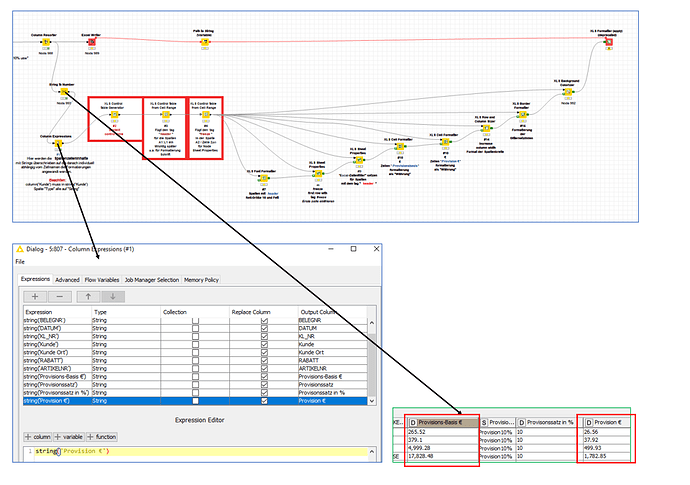 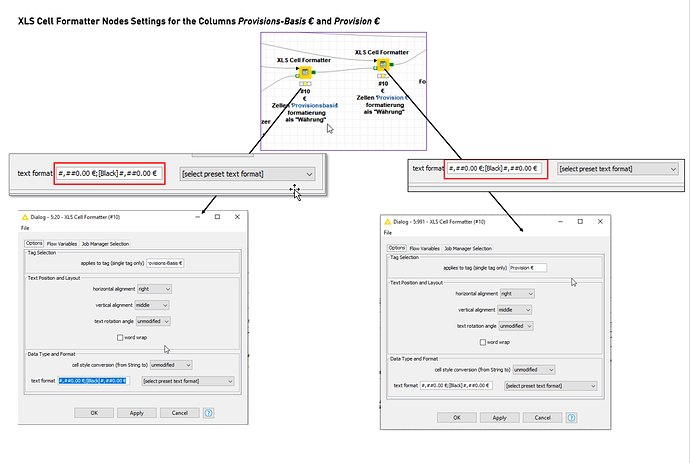 I hope I haven’t overlooked anything

thank you for this cool Node.

But the result is the same

The template file has the correct formatting.
_AB021_ABSCHLUSS-Angepasst_als_KNIME-Template.xlsx (26.0 KB)

The first column you have a period in the numbers, which Excel will pick up as currency format, whereas the second column does not, so picks up as a general number.

Doesn’t it look good in my opinion? 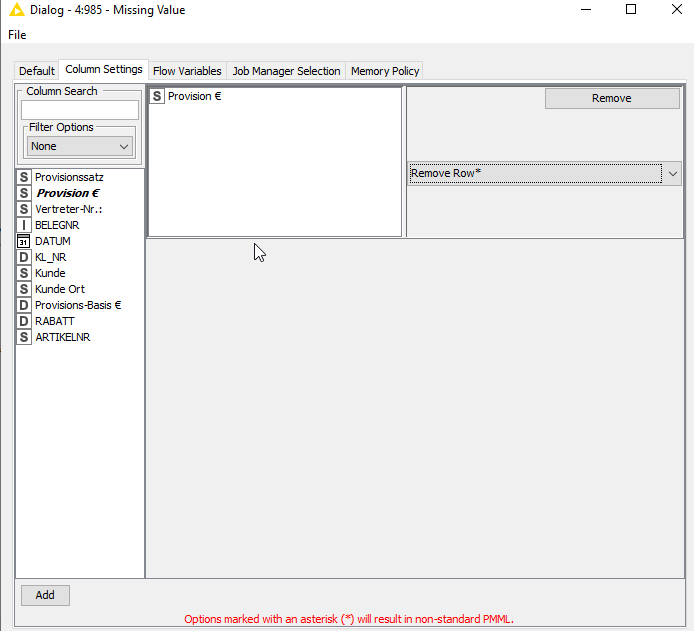 I got this error:

The column in question is set to string instead of double. If you can’t convert it to double, then try to remove the commas first with Regex replace. If there are problems converting to double after that, then this could be a character encoding issue.

This node determines the most specific type in the configured string columns and changes the column types accordingly. The type order is to first check if the … 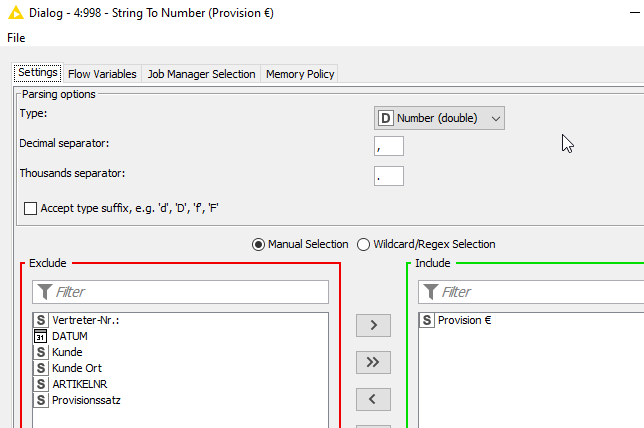 Changed the format in the template too “Währung”

But got still this error-message:

Looks like the output is working now. I am sadly limited to the English language, so I can’t read the error message in the image.

Thank you for your help and the tip too this nice node.

The file could not be opened by Excel readable content has been repaired or removed.

I found and solved the problem.
I put another String-to-Number node in front of the Excel writer node and converted the Commission € column to double format. After that, the XLS formatter nodes output everything correctly.

Thank you for your help!