We have a question about the list of users and consumers found in the License menu of the KNIME Web Portal.

The figure below is currently registered users.

As far as I know, this user list is derived from H2 Database, as presented in the KNIME manual.

The figure below is a list inquired with Show Users/Show Consumer in the License menu. 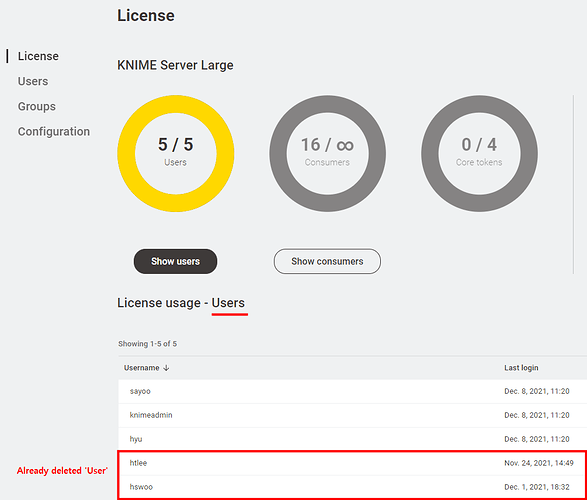 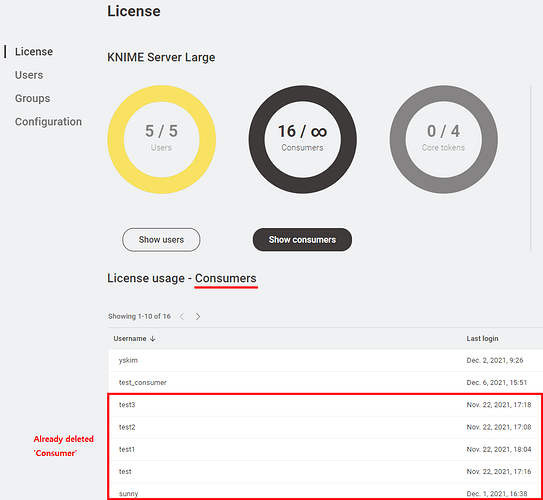 There are no erased users in the list of users imported based on the H2 Database, but when viewed through Show Users/Show Consumer in the License menu, the already erased users still remain.

Where does the Show Users/Show Consumer list in this License menu come from?

This difference in the shown users represents the different perspectives to look at:

In the Users configuration there are only the active users shown that are created on the KNIME Server using the internal H2 database. Neither connected LDAP/AD nor OAuth users will be shown.

In the License overview you will see all accounts treated as a KNIME Server User/Consumer, independent of their source.

This topic was automatically closed 30 days after the last reply. New replies are no longer allowed.