replace cell value based on the value of another column

I have two columns and I want to update the value of a few rows under Column 1 based on the corresponding row value under Column 2. Is there a way to do this?

I want col1 row3 and row4 to say “N/A”. Basically, to check col2 for yes if found do nothing. else if no then update the corresponding col1 value to “N/A”

Check out the Rule Engine node: 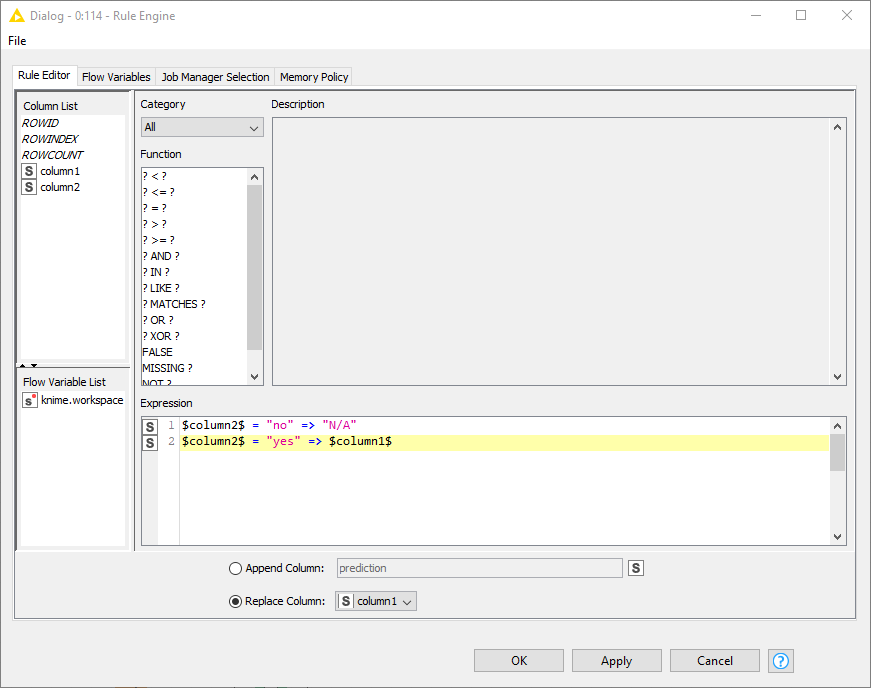