I am fairly new to Knime and Python and I was checking some codes in Python that I would like to run on Python Script Node through Knime. The script executes fine through the node but not outside it, plus, the data does not show correctly on output panel for “Poisson Model” attribute on following script:

When I run the above code on Python it gives the result in form of a table; however, in Knime the output is shown as "poisson_model: "

Note: the input file can be downloaded from:

Any idea on how to run the following code on Knime?

Your help is already appreciated!

Question is what kind of output you would expect. KNIME and Python would typically have three generic outputs

I modified an earlier example to show all three (if you just save results from Python you might use much more), and also there is the ability to integrate Jupyter notebooks in KNIME. 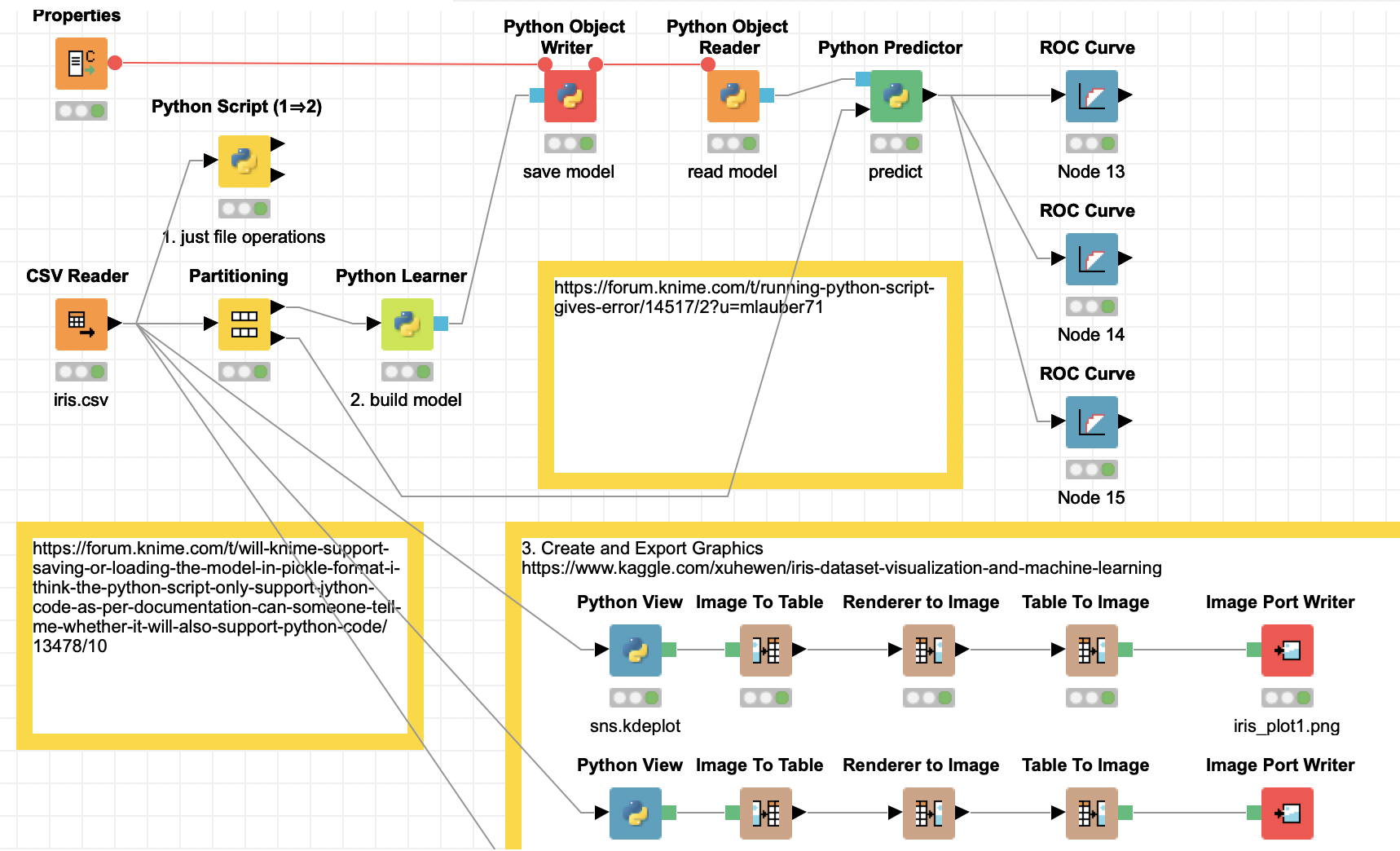 2 Likes
Python Script stopping at 30%
Is there any node to write a Python Script to output visualization?
error when create a simple conditional statement in Python node