I have a workflow whose entry point is a SMILES Reader node. Currently the input filename is hardcoded but, now, I need to run it with several files. I’ve read a bit about workflow variables and I think it could be a clean solution (using a variable instead of a path). Unfortunately, I’m still a newby in Knime and don’t know how to replace the file path with a variable. Did anybody face a similar case?

Besides, I just updated my Knime Analytics to v4.1.2 but still don’t see the context menu “Workflow variables” so that I don’t know how I can create a variable.

check this video about flow variables in KNIME. Should be clearer then

Thank you for your answer Ivan.
I had already watched the video but still have some issues. As you can seen in the pictures attached, I don’t have the chance of choosing a workflow variable in the input box because the dropdown is empty. However the workflow summary is populated with my variable.
So, to focus a bit more my question would be: how can I tell the node to take the variable as the file path rather than hardcode it? 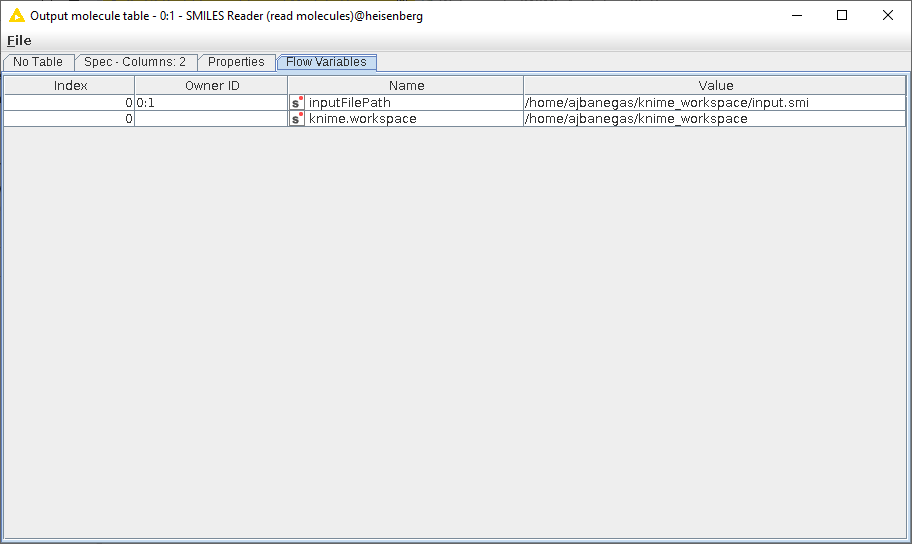 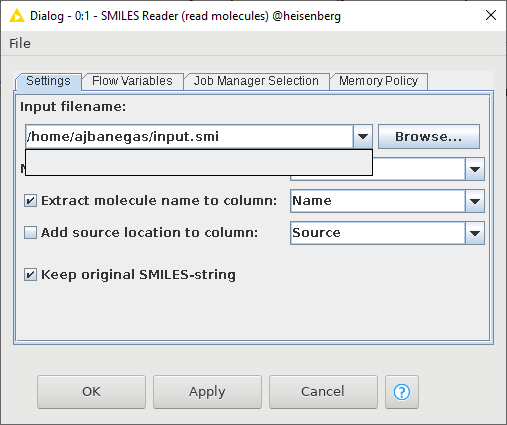 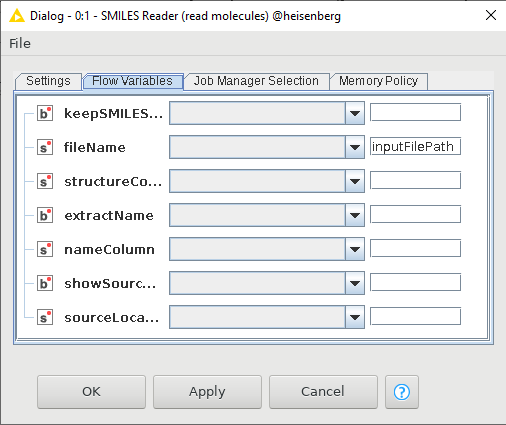 I installed KNIME on another machine and everything works as described in the video.
Thanks for your help!