I have this workflow where I need to connect to a few remote servers to download files, for which I have an SSH Connection (legacy) (with the server info and credentials) and the Download (legacy) with the path for the files to be downloaded into. 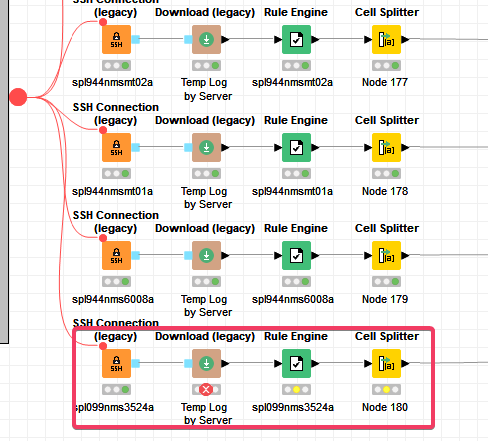 The issue: Some “Download” nodes stop and provide the output:“Execute failed: Auth fail”
Username and Password are correct, and proof of that most of the nodes are able to connect to the server and download the files, but not all.

So far, I have been able to resolve this by re-running all the nodes until everything is completed.

Is there a way to put this nodes into a loop that stops until everything is completed or something like that?

proof of that most of the nodes are able to connect to the server and download the files, but not all

Are all of them connecting to the same server with the same credentials?
1- If yes, then perhaps you are running out of number of concurrent connections?
2- If no, then you can’t use your argument as proof

As a test, can you manually execute only Node 180? (Meaning, we just want to run that connection and the download for spl099nms3524a)

Is there a way to put this nodes into a loop that stops until everything is completed or something like that?

what about using the new SSH Connector together with the Transfer Files node? Might already fix the connection issues and does not require any loops around.

Thank you for your suggestion, although in this case your proposal would stop any nodes to run if a specific node hasn’t finished, which is not quite what I am trying to achieve. The idea is that the group of SSH nodes that usually fail, are somehow forced to run until successfully completed.

Based on your suggestion I have tried with the “SSH Connector” (instead of the old legacy one). Faced the following issue:
The SSH connector (both old and new) requires two main things: host and credentials. The hostname I have been typing in manually, but the credentials change every other month and that is why I have been feeding through Workflow Credentials. For this new version of the SSH Connector, I am not able to select the credentials properly. See screenshots of the new and old version. 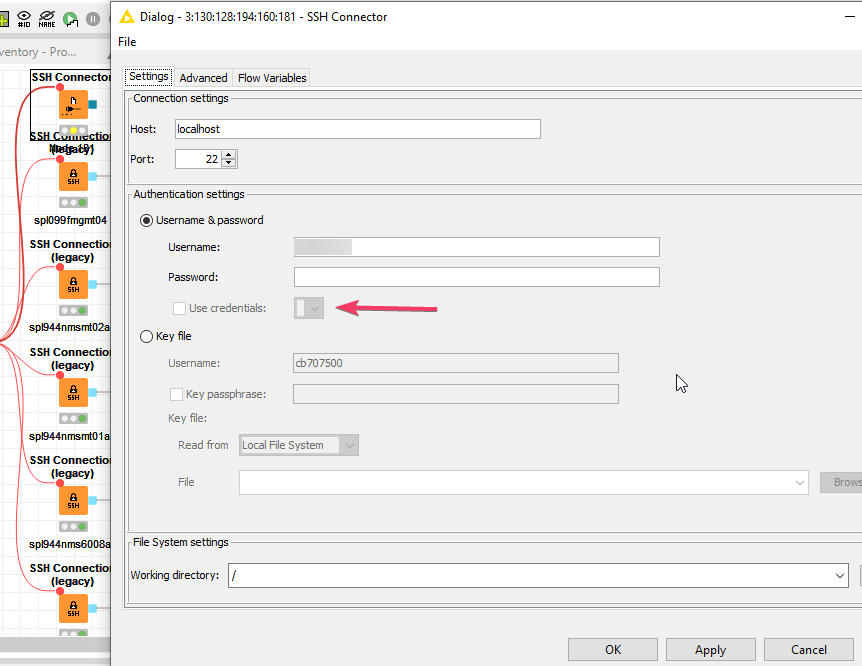 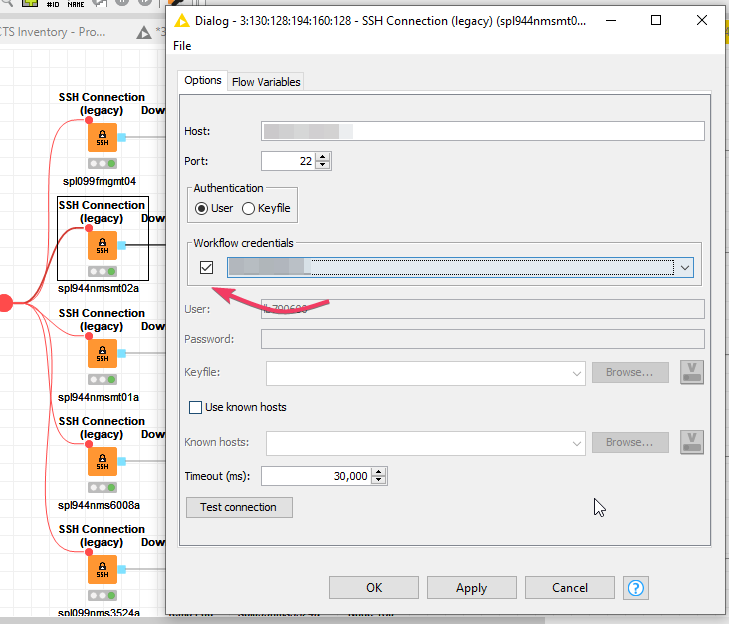 are you using some kind of legacy credential nodes, or how do you create them? Did a short test and the credentials from the Credentials Input are working with the SSH Connector as expected.

I am going with the “workflow credentials” that you input for the whole workflow and that nodes allow you to use.

with those, I should be able to select this little box over here for the credential to be used. 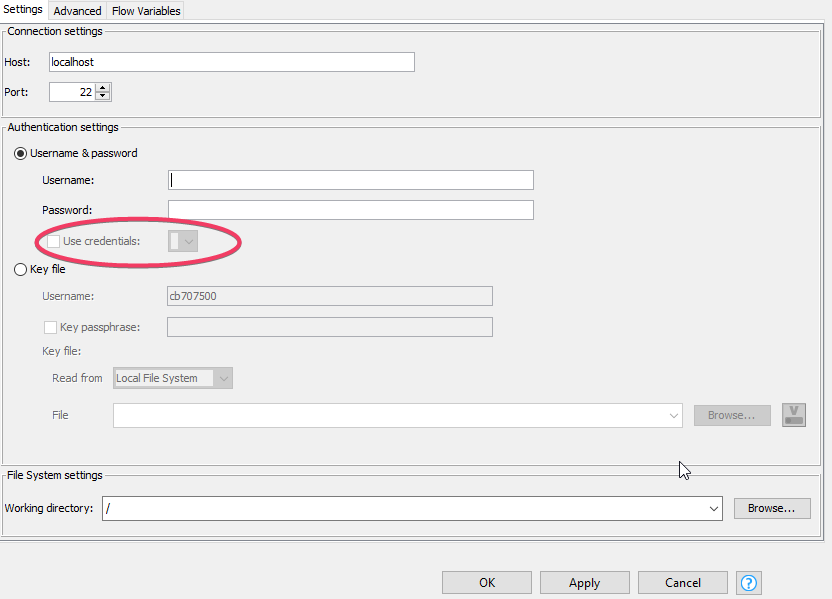