I have a table with sales in different country, from Jan 2021 to Dec 2022, for example, I want to sum the sales figure by quarter, how to do it in KNIME?

Find below a possible solution. I made this by using a table with the quarters. 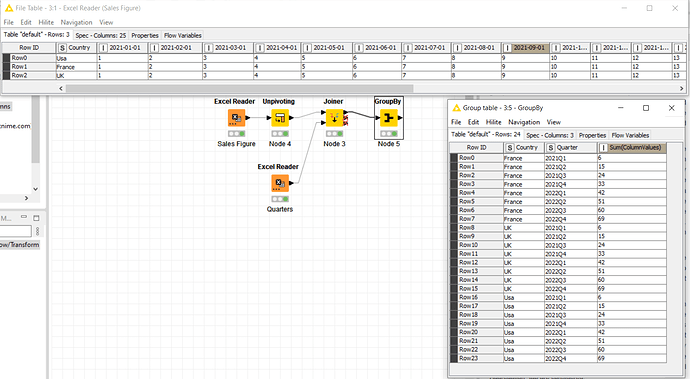 It’s easier to maintain this table (in my opinion), which is not, or less, the case for a hardcoded solution. 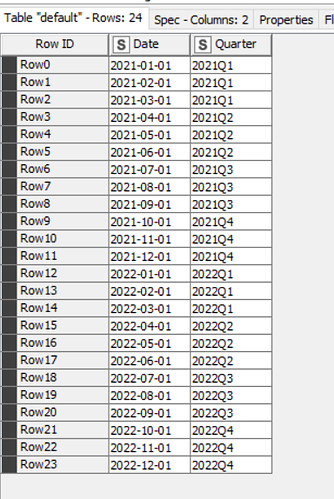 sum the sales figure by quarter

I took a similar approach to @SamirAbida, as for this type of job, unpivoting is often a good first step, as it allows you to put your tabulated data into “rows” which are much better to work with.

The derivation of “quarter names” can be done with String Manipulation which allows some mathematical operations, and I noticed that your Quarters appear to be based on Calendar years rather than Financial years, but I created two different String Manipulation nodes to derive each. You can manually adjust the workflow and join which of these is appropriate to the subsequent GroupBy node.

I added a couple of extra columns for testing purposes.
Using “Financial years” the output is as follows:

and as “Calendar years”…

The “Calendar year” version of the calculation is similar but simpler, as it doesn’t require the conditional part.

Hi takbb, thank you. This is exactly what I want. I also learn how you are using “?” and “:” in String Manipulation, that is very useful.