There is one example workflow given in the KNIME public server named variable importance.

after running the workflow I have this as output. i would like to know what does the exactly show. Does this mean Universe_1_3 has the maximum amount of errors in the prediction model??? And then how do we get to know which input variable has the maximum influence on the output classification??

I assume you are talking about the workflow /04_Analytics/11_Optimization/04_Meassuring_Variable_Importance.

The Split Training and Test is the simpler case:

And this is what you see in the plot. The variable importance for each feature normalized from 0 to 1. 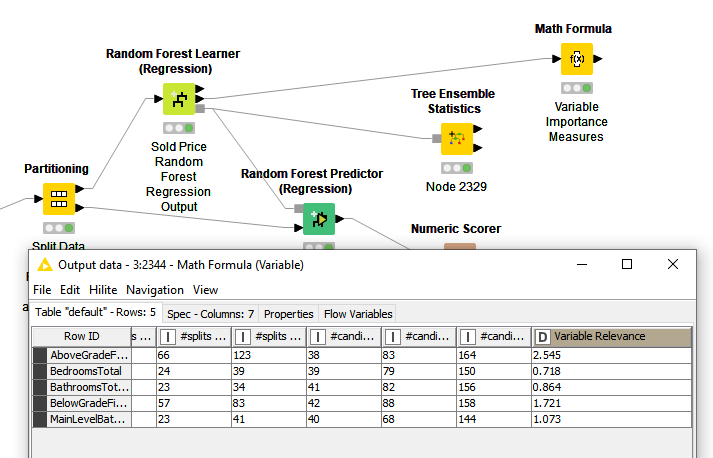