We have just updated the nightly build to v1.20.0, which incorporates 7 new nodes, new features for existing nodes, and a bug fix. 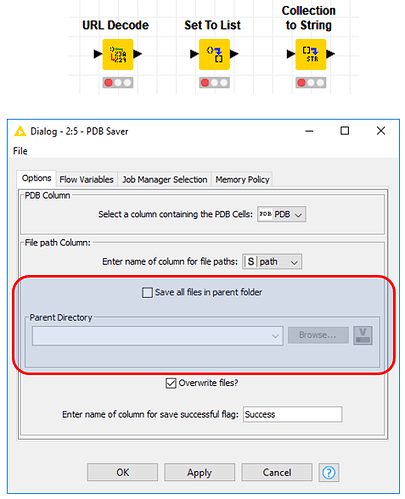 Some of the nodes in this release relate to the following forum topics:

We have a Collection to String node unreleased at present at @vernalis. When back in the office I will see about getting out released. Steve

I tried decoding encoded URL’s with a recursive loop but it hit’s the sound barrier pretty early when processing bigger amounts of URL’s. Any option to include an URL decode node?

I am using XPath to parse through some XML data and have some data as collection cells that I need to convert into string cells in order to export into Excel. I have tried Split Collection Column and then Column Combine. However, some values are missing and return as a “?”, so my combined column includes a bunch of “?,?,?,?,?,?,?”. I’ve tried to simply remove these after using String Manipulation. However, I feel that this is not ideal, since I now have hundreds of columns that my collection cel…

We envisage transferring this update to the v3.7 stable build in the coming days. If you notice any problems, please do get in touch.