I came across strange behaviour with a Value Selection Widget showing information which was never provided to it from the preceeding node.

The two branches are the same except that the filtering is done in the DB Table Selector in the second branch. The first branch is showing DEFAULT_Project which was dropped in the Row Filter. The second one is not showing DEFAULT_Project as it was already dropped coming out of the DB Reader. It’s a Snowflake database. No flow variables are included in the Value Selection Widget. 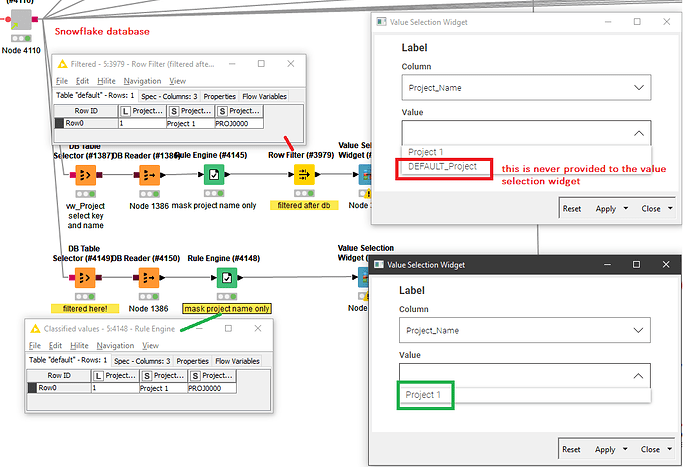 Should be simple to reproduce, if anyone has any thoughts, would appreciate it!

My first move when I come across strange behavior like this is typically to drop in the Edit Nominal Domain (or occasionally the Domain Calculator) node before the issue.