Clever way to 'reuse' a workflow?

I frequently run into a situation where i have a workflow that i routinely use in a standalone way, feeding starting data in via a Table Creator node, but which does something that would be useful when built into a larger workflow.

Is there a clever way to do this in Knime?

All i can think of currently is maintaining two copies of the workflow, one for standalone use which is self contained, and another with inputs and outputs to/from the workflow which can be used by other workflows.

Hi @Mirri , one way to do this is to convert your reusable workflow into a component, which you can then use in various workflows. And if you keep the component linked, it will update automatically in the workflows whenever you modify the component, instead of having to go in each workflow that is using it to manually update it.

If you come from a programming background, you can think of a component as a function that’s standalone and can be resused.

I built a lot of “libraries” as components that I keep reusing in various workflows.

Thought the same as @ipazin
@bruno29a Can you elaborate on some examples of your reusable components? Great idea

Hi @Daniel_Weikert , sure I can elaborate on some examples of my reusable components.

First, just to comment about the Call Workflow + Container Input, it’s also a good alternative. It will depend on what you want to do as always. I used to use these 2 when I first started using Knime. Coming from a solid programming background, I was building my workflow in multiple smaller workflows where I separated my processess in standalone workflows, a bit like library files that you can “import/include” via the Call Workflow, until I found out about components, and migrated this process to components.

Drilling into the folder, I have 2 subfolders, Source and Runtime. The Source folder contains all the source of my components. It’s where I work on the components, build them and modify them. And the components are categorized in different folders. 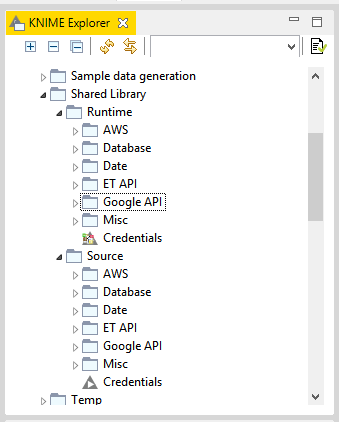 For the Demo, we’ll look at one of my Misc components, which is the “Move first row as Headers”. The source workflow looks like this:

So, I built the workflow to move the first row of the table as headers, and then converted the process as a Component. Next, I create the Component as a standalone node into my Runtime folder like this (Right click → Component → Share): 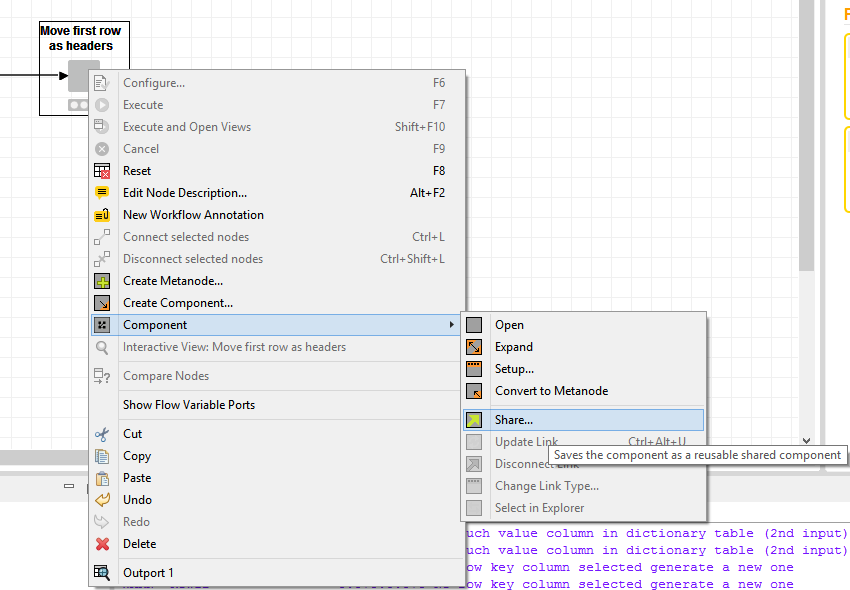 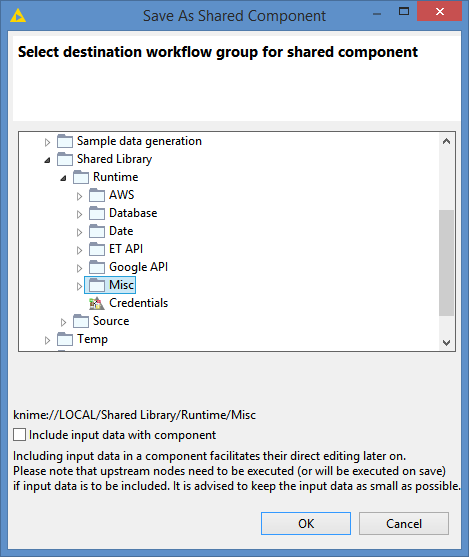 For the Demo, I built something like this as my starting point:

I want to move the first row as headers: 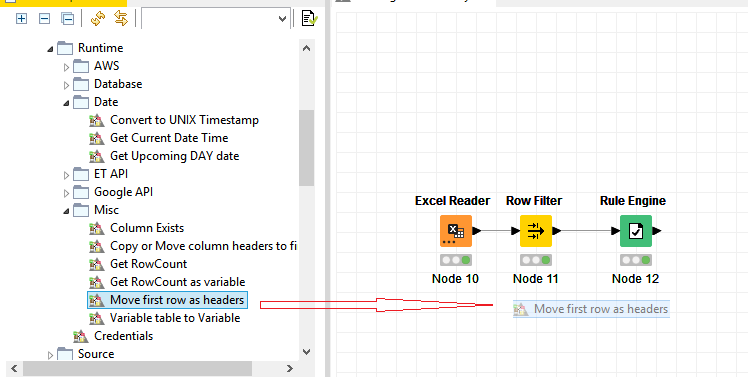 And results as follows:

Now, you see the little green arrow in the component?

That means that it’s linked to wherever the component came from, in my case it’s from Runtime/Misc/Move first row as headers

What this does is that, if I ever modify Runtime/Misc/Move first row as headers, this node will be updated automatically with the changes. So, imagine if you have multiple workflows that are using this component. You just need to modify the source component (source here is where the component spawned from), and all of the workflows that are using it will be updated automatically.

We can add other components (just drag and drop the Runtime version):

Here’s the results of my “Get RowCount as variable” component:

For updating the components, basically, you get a popup window like this when you open your workflow:
When I had only 1 component:

After I added the second component:

Similarly, for @Mirri 's case, you could have the sample data generation as a component.

Let me know if you have any questions.

Thank you ipazin, this is exactly what I was looking for!

ared Library, and it’s where I store my libraries of reusable components.

Drilling into the folder, I have 2 subfolders, Source a

Thanks a lot for the detailed answer. I was in particular curious about the workflows itself. I have used components a few times in the past but neglected to create them for reusability