I have to pass a couple of flow variables to a meta-node, then when trying to auto-layout the meta-nodes everything looks messy.
Are they away to pass those workflows variables to meta node and then be recognized by each node inside the meta-node without passing it through the desired nodes in-variables? 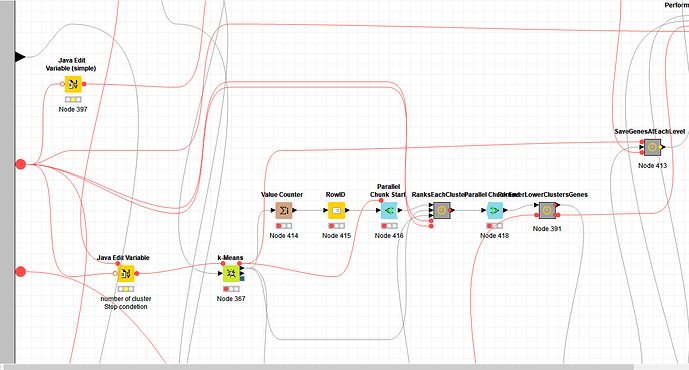 One thing you could try is the Merge Variables node, with the idea that you condense as many flow variables as possible to a single branch and hopefully reduce some clutter.

Also, there are a few flow variable branches that can probably be eliminated, when you realize that flow variables are carried along regular data branches already. (For example, the red branch between the k-Means and Parallel Chunk Start node above probably isn’t needed - there may be others.)

How about adding a node to convert flow variables to global variables?

This makes sense when we are sure that the nodes which need the converted variable are not connected (and we do not want to connect, e.g.@malik’s situation) via data or variable ports and are executed after the convertor node. Here indexing the nodes to run in a specific order can help.

Ok- I have passed the merged variables through the loop then it because seen by the other nodes. Also i have combined nodes to meta-nodes- Now it looks much better
Thanks so much 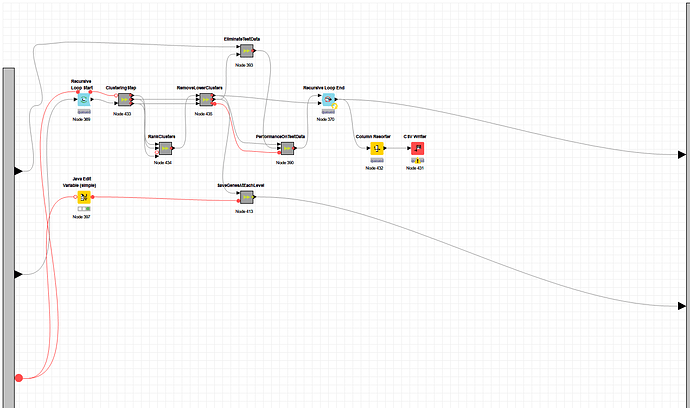