Hey everyone do we have a impala connector for MacOS? I can’t seem to get it to show up after installing the Big Data Connectors extension package.

Did you try restarting your KNIME AP after installing the Big Data Connectors extension package?

If yes and the impala connector node is still not visible to you, can you try draging the node from here to your workflow in the KNIME AP ? 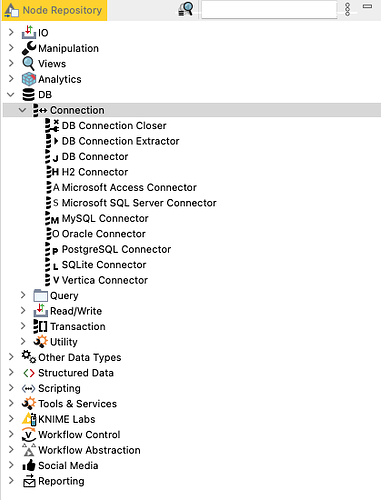 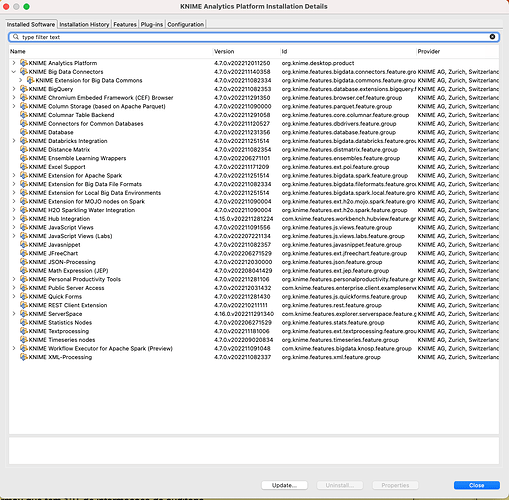 I’ve tried to drag the node too. Same problem again.

@neiloxford I installed it on a M1 after first upgrading my ‚intel‘ KNIME version running thru Rosetta. The initial experience was that it is faster though I have not done that much since I experienced a problem with the Parquet file format (AP-19894). You could try to do a parallel installation and see for yourself.

So… I performed a fresh new instalation and start over.

First I thought is unusual see this component refering “Windows” on a Mac OS environment:

After install the Impala Connector, and after restarting the Knime, I’ve took a look at the error logs. There were a lot of error messages.

Following the stack is possible to find the probably unlinked dependency.

I’ve tried to solve the broken dependency installing others extensions but I got the same error.

Could someone suggest something to solve that? 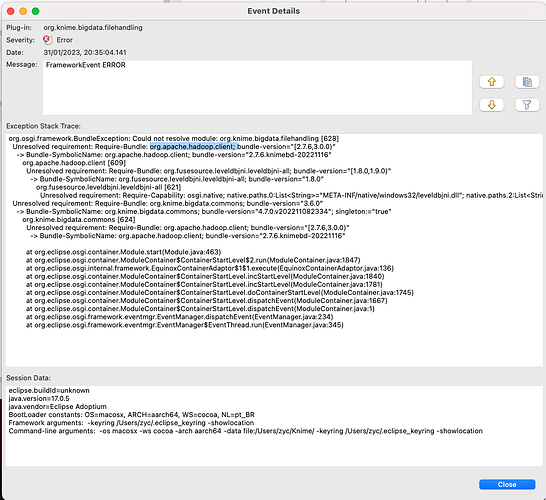 @zyc I think KNIME currently has a problem with apache/parquet extension/formats on Apple Silicon machines (AP-19894) and will have to fix that. Until then you might have to stick to the ‘intel’ version and use it thru Rosetta (MacOSX will do that automatically you will just have to install it). I think this is very unfortunate and I am hoping for a fix since December since the new M1/M2 chips seem to offer a significant increase in speed (20% or so).

Thanks @mlauber71. So I’ll run the Knime under Rosetta until the M1 version get fixed.

I decided to install the Knime over Homebrew this time running. 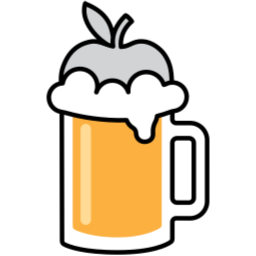 Now the Intel version was installed instead of M1 as you can see: 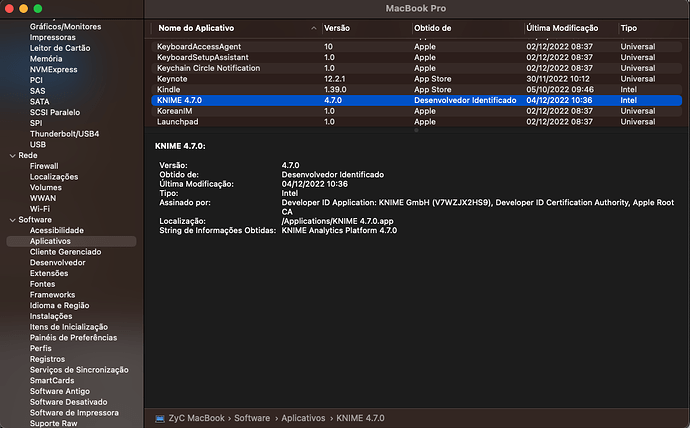 Now, the Impala Connector is been shown up in Node Repository section.