I am trying to edit some workflows on a remote linux machine (more accurately it's CentOS Linux Release 7.3.16111 (KDE 4.14.8))  - when I open any given node to either configure it or view the data output, it is currently displaying a blank screen like the one attached.

I have tried multiple workflows and I still cannot see the configuration window or data output of the nodes.

I am currently running Knime version 3.3.1. I have also attached my knime log which contains the logging for the output when I open a given node (which then displays blank).

That seems to be a difficult one. What type of remote display connection are you using and from which client (also linux, also KDE)? I wonder if you get the same screen artefakt if you use a real remote windowing system such as x2go or nxclient?!

Sorry, haven't come across this so far.

facing the same issue, have you found a solution?

just in case someone has the same issue:

I have a setup:

Can you please elaborate this solution. I am facing the same issue but can’t solve it somehow. The Dialog box which opens up while configuring the node gives a blank screen.

I have the same issue running Knime on Fedora 29. Althought I am not using remote desktop, I’m simply trying the run the software locally. Any ideas?

If you drag-resize the dialog, do you see it attempting to render the widgets?

I didn’t see any attempt to render the dialog when dragging nor resizing the dialog. In my case I solved the issue running the Windows build via Wine. That setup works perfectly.

Installing Fedora 29 locally in a VMWare Fusion instance and trying to run 3.7.2, i can confirm that there are a whole host of problems:

It’s unclear what versions of which Linux flavors and using which window managers are officially supported by KNIME.

F29 gave me GNOME - switching over to Cinnamon on Fedora 29 gave me a truly fugly, but functioning KNIME including the dialog panes… oh the fractured world of Linux :- /

Same issue with Knime 4.0.0 on Ubuntu 18.04 LTS with Gnome. Super frustrating because it was my first time ever on Knime

… anyway, an easy solution on Ubuntu is to log out and log back in with a different desktop such as Gnome flashback, Gnome Metacity, Unity etc. There are a bunch of choices like that on the Ubuntu login screen

I recently ran into this issue with a Centos 7.7 server, and @koma recommendation fixed the issue. Unfortunately they left out the “How” details, so here is how I did it.

First make sure xorg is installed

Then you will need to edit the xrdp.ini file

Now find the Xorg section near the bottom, and uncomment all the lines

Using a text editor, uncomment those lines to look like the following. 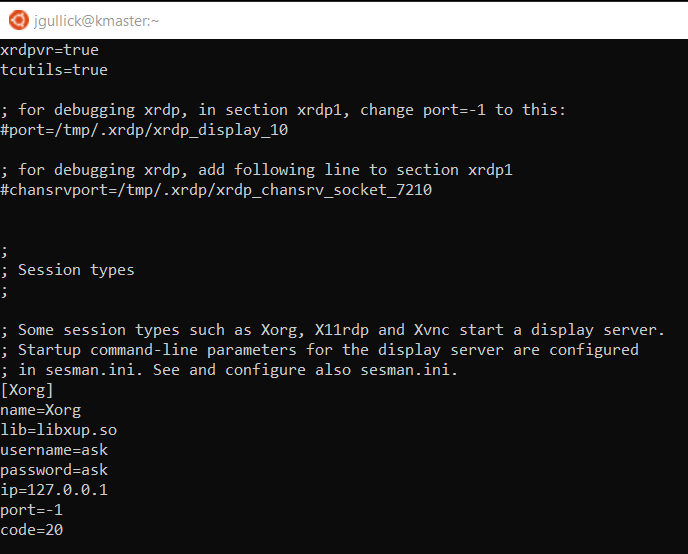 Restart the xrdp service, and now when you connect you can switch to Xorg 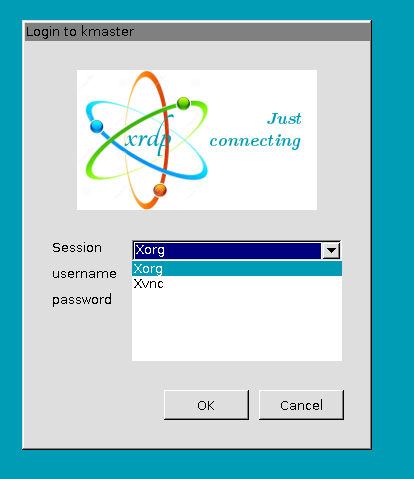 Then launch KNIME as normal with no additional environment variables. 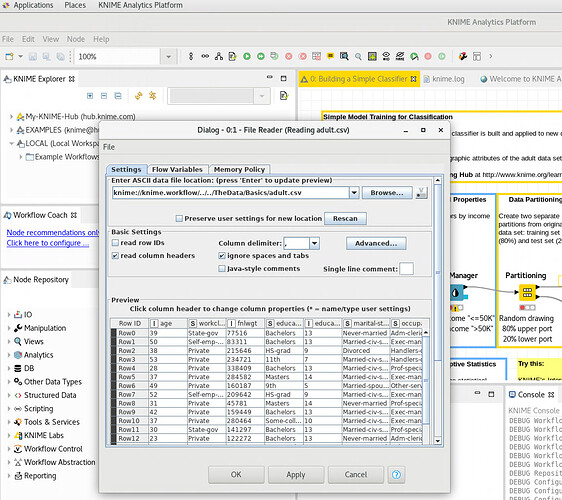 This was only tested on Centos 7.7 with Xrdp from Windows 10 using default gnome and gnome-classic

I experience a very similar problem (Node dialogue empty or not opening), yet: I am not running it on a server, but a local machine with Opensuse Leap und Gnome.

However, I tried to fix it using the same approach as above. No success. Anyone still experiencing same problems? Any suggestions?

Did you by any chance figure out a solution?

The problem is still ongoing. As a very dirty solution I installed Knime via Wine and run it as windows emulation.

I still have not found the root cause, but I found a strange hint. Within Opensuse I can boot into different shells. If I switch from the standard Gnome into Gnome classics it magically works. I do not like Gnome classics as much, but at least it helps

I had the same issue in Gnome Manjaro and the way to fix it was in the discussion:

I downloaded and installed the latest KNIME on two Linux systems; Fedora 31 and Archlinux. In both systems, KNINE has display issues caused by the Wayland compositor. For instance, some popup dialog boxes are completely blank, making the software unusable. Disabling Wayland on Archlinux is trivial, and the display issues seem resolved, but it is getting nearly impossible to disable Wayland on Fedora as they are pushing for its adoption, which is a good thing in my opinion. Are Wayland issues…

So, I executed on terminal:
export GDK_BACKEND=x11

and then, I went to the directory of the program and opened knime like this:
./knime

Now, I can see the Config Dialogs.