I’m doing a big flow using Python processing sap script and when I need repair something it’s necessary restart the flow. Is there another way to do it without restart the flow? Thera are variables in table Creator that I use in the flow. 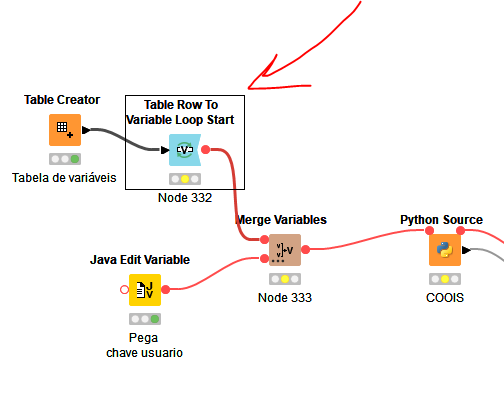 Do you need the variables to flow one at a time ? [as you are using python node within loop]

Is it okay to create multiple variables at once and then feed to other nodes ?

See the image. I run the flow using the variable that I put in the beginning. When I repair, for example, the third component that contain node python, ! have to restart all flow.

I didn’t understand how to create multiple variables. I put all variables that I need in table table creator.

Thanks for replying Aldemir,

You can use “Variable Expressions” node to create multiple variables in one node.
However you need to manually input each of them.
or
You can use “Table Column to Variable” node with “Table Creator” node that you are using.

Hi Team, I need to define multiple variables and assign them default values. How can I do it in one node? May be in Java Edit variables node? Can you please show me an example. I am currently using multiple String Input/Integer Input and using Merge Variables. thanks in advance for help. Best regards Arun

@Aldemir you could try and use switch nodes to choose one path or the other. But you will have to plan carefully so this will work with your loop.

This combination could look something like this. You would have to give a variable that either says “top” or “bottom” and then use an if-switch to do what you want to do. if($${Ivar_py_value_switch}$$ >0) {return “top”;} else {return “bottom”;} [image]

I do not fully understand what you mean by repair and restart. Though this guide might give you further ideas:

1 Like
Aldemir May 27, 2022, 10:10pm #8
To control Workflow Stream Using If Switch using Flow variable from a Python Snippet

ld look something like this. You would have to give a variable that either says “top” or “bottom” and then use an if-switch to do what you want to do.

I agree with you. I have a “guru” and he said the same. When the Loop begins, if any modify is made the flow needs to be restarted.

I don’t know how to do this. My knime’s knowlege isn’t at this level. if-switch I will get there!!

You can use “Variable Expressions” node to create multiple variables in one node.

This node allows the creation of flow variables of different types and custom values. Notes: The variables defined by this node take precedence over upstream o…

If you want to have your variables defined in a table, something like this will work for you:

Here’s my table containing my variables: 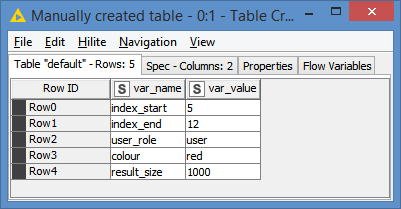 And here’s the result at the end. They are defined as variables: 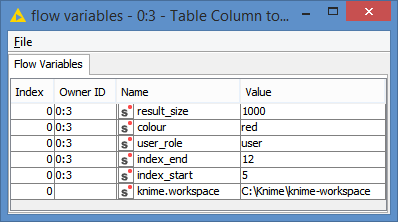 The trick here is to make sure that the variable names are first converted as the Row IDs of the column, to then use the Table Column to Variable node, and you can do this via the RowID node. Here’s how it should be configured: 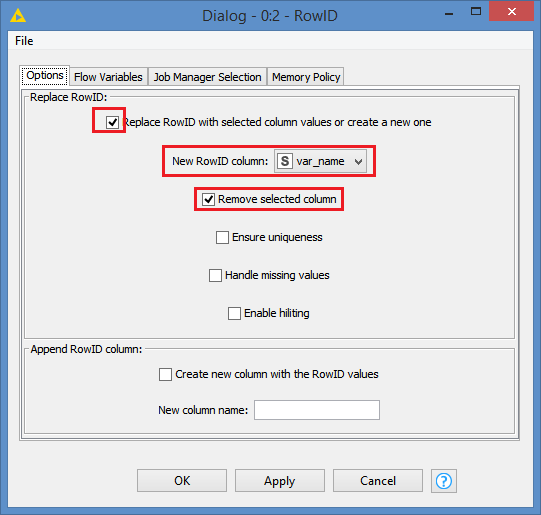 The RowID node should result in the variable names being moved as the Row IDs and the variable values being the only column left in the table, like this: 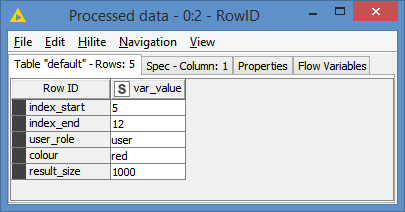 I forgot to say that I need to run 12 months. In this test I put 2 months. Can This solution be applied in this case?

@Aldemir you could artificially create all the date variables of a current year. Something along this idea using a count loop construct.

Hi there @Parn, you can try following approach as well. Split your table on two tables. One with 2017-2018 data and another with 2019 data. Then feed 2017-2018 data into Counting Loop Start node which will have go 12 iterations (under assumption you have full 2019 data). In each iteration you can filter your 2019 data based on currentIteration flow variable (+1 cause it starts from 0) to have only January in first iteration, Jan and Feb in second and so on. Something like this: [DynamicDataF…