We have just released a new version of the PDB Connector family of nodes on the nightly build channel. 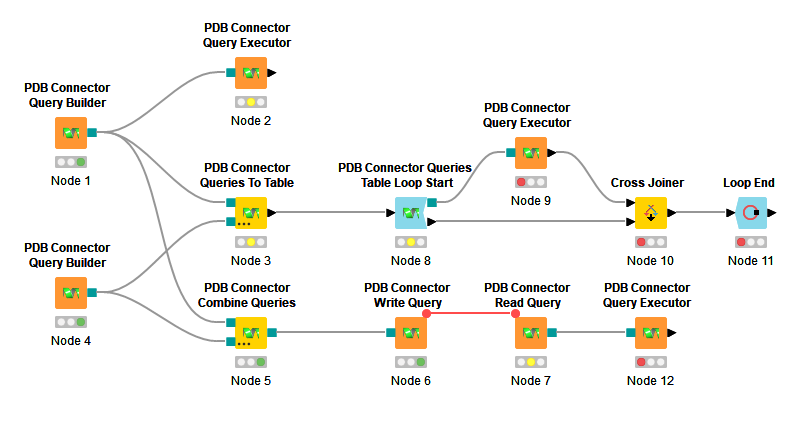 The new nodes replace the old PDB Connector nodes which finally stopped working last week when the remote webservices at www.rcsb.org were shut down.

Due to the significant changes in the remote API in the new webservices, it is unfortunately not possible to convert directly from the old queries to the new queries. The old nodes will now show an error during the ‘configure’ stage and will not therefore attempt to execute.

The new nodes comprise a new Query Builder, with a new output port type, a new Query Executor, and Query Combiner nodes for manipulating queries. The query builder attempts to replicate closely the web UI at https://www.rcsb.org/search/advanced. We have re-inserted a few convenience queries which are no longer present in the web interface to the node:

We have also updated the PDB Downloader nodes to use the new links were appropriate, and the ‘PDB Describe Heterogens’ node uses the new GraphQL-based reporting API.
Currently the ‘PDB SMILES Query’ node fails to execute. Again, the remote webservice backing this node has been shut down. We believe that the query functionality will be added to the Advanced query API in early 2021, and will restore this node to a functioning state once that becomes available.

The ‘Custom Report’ node has also been retired. Unfortunately, we do not yet have a replacement for this node ready for release - we have a prototype working internally, but it needs further development and testing prior to release. We hope to release this node in Q1 2021.

Finally, the new Query Builder node is of neccessity a somewhat complex node - we have tested it throughly, but it is quite possible that there are strange bugs in there that we have missed - if you find any please do let us know!

Please do give the nodes a try, and if you find any issues please let us know.

I was trying out the Query Builder and I have an issue. When I try to insert a flow variable as query attribute it returns the following error: 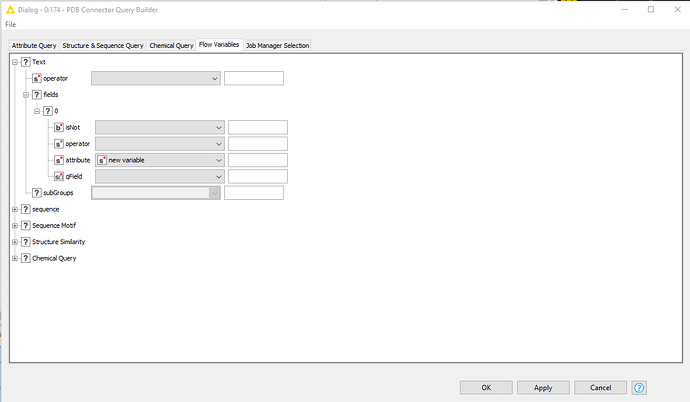 Hi,
I’m trying to get IC50s for PDB files with a query UniProt accession code. I can set up the query with the accession and requiring that an IC50 exists, and as output I get a list of PDB IDs. How can I get out also the existing IC50s? I’ve used the PDB Connector Query Builder and Executor nodes, but can’t seem to change what is being reported. Would this be a functionality of the coming Custom Report node, or is it already possible to get this information out?
Thanks,
Márton

Hi Steve.
I’ve also just tried to use the new nodes, but can’t figure out how to retrieve ligands or even ligand codes. The Query Executor has the option of returning non-polymer entities, but these come in the form of XXXX_Y identifiers. These aren’t accepted by the Describe Heterogens node, or any of your other ones.
Cheers,
Richard

In both cases what you need is the replacement for the Custom Report node. Again, that has a completely new backend. I have some of a solution, but not yet all - I’m hoping to have something I can release within the coming weeks.

OK, thanks Steve. I look forward to the new version.