variable to control column to groupby in groupby node

But looks the groupby node does not allow column to group by controlled by flow variable. Is there any solution for that?

This is already a feature. 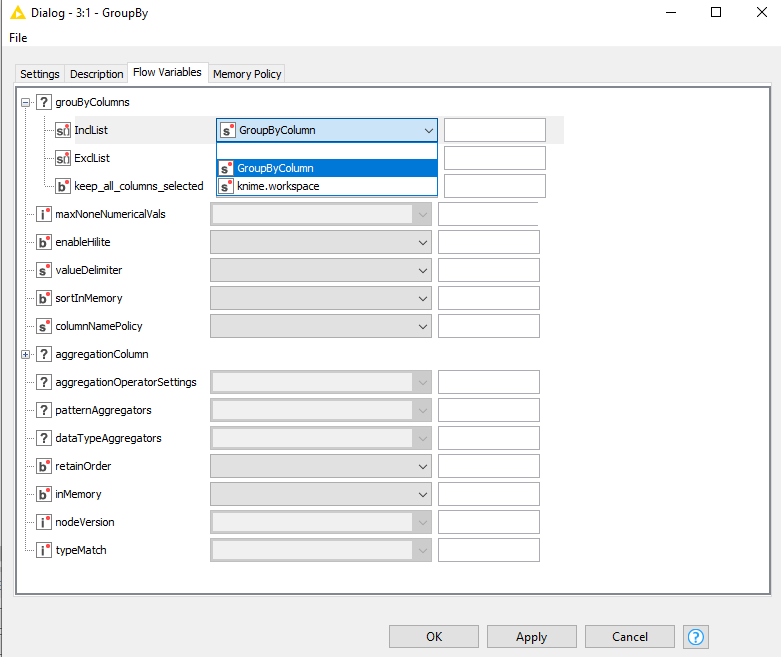 In the screenshot I have defined a string variable called GroupByColumn which contains the name of the column I want to group by, and I’ve instructed the GroupBy node to use it for this purpose.

in case you are grouping by multiple columns (which I assume you plan to offer in your Component) you’ll need to control IncList with list/collection flow variable type and not string. Check this topic for more info:

It features workflow example that you can use. Note that with newer versions Table Row to Variable Loop Start node does support (new) flow variables types and you can use it.