Hi. Would you please consider supporting an option to allow changing table structure between iterations in the Variable Condition End Node? Or possibly default to allowing changing structure if the “Collect rows from last iteration only” option is selected?

My Use Case (I’m sure there are others):
I’ve developed a reusable component that handles the failure of an arbitrary fail-prone node by allowing a configurable number of retries and length of time between retries. The basic structure was given by @armingrudd in the post Re-execute on error - #2 by armingrudd (thanks Armin!). The solution uses the Try and catch nodes within a generic loop start and variable condition loop end. (Note: my modification is to have Catch node produce error variables and Variable Condition End Loop node simply check if the FailingNode var = “none”.) 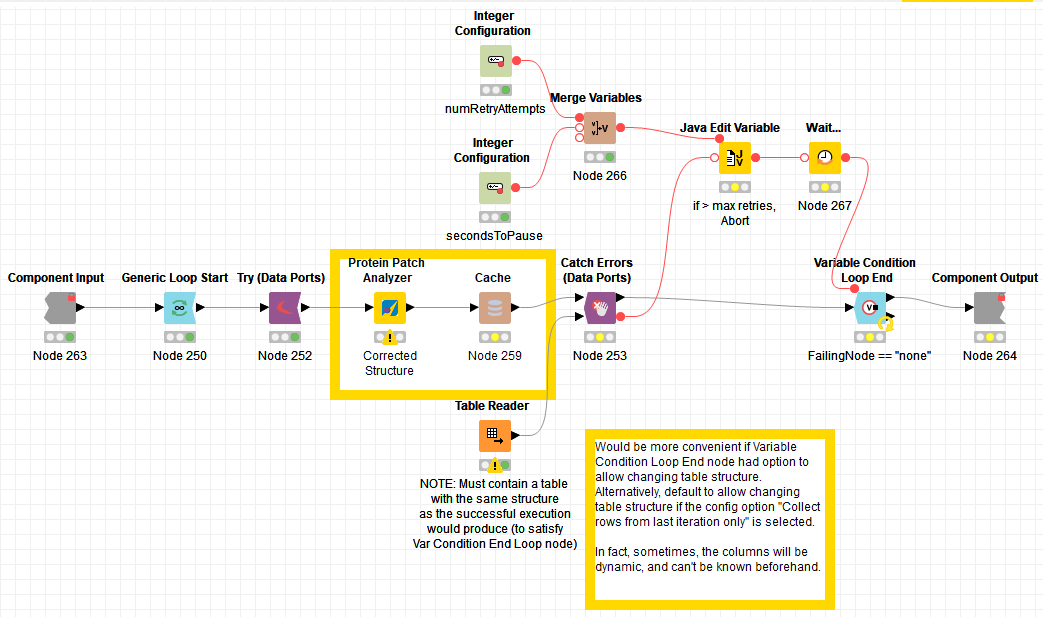 there is already a ticket to address this issue. (Internal reference: AP-13656). Have given it +1. And good point is when you collect data only from last row not to check table structure in between

Someone will update ticket when there is progress.

I don’t think this is possible today but hope I just missed it.

Feature request:
For end loop nodes have a view that lets you see the data being collected “thus far” in the loop. That way the user can see what has been processed so far and if it is processed/calculated as expected. Also gives you a send of how far it is and can estimate how much longer.