Prevent nodes being placed exactly above each other

I faced, presumably like others as well, a super annoying situation where nodes, placed on the same grid knot/spot are not distinguishable.

As a consequence debugging is tedious and frustrating as no error, like „Error: Cannot to execute node xyz (#123) because of missing input data.“ or „Warning: Node abc (#123) is placed above node xyz (#456)“.

Multiple WebDriver Factories interfer with each other? Palladian & Selenium

Hi, I have eventually have identified a bug. When two (and possible more) WebDriver Factories are started, but one gets terminated before the other finishes, the consequent error is thrown: ERROR Find Elements 9:117 Selenium data not available. Please reset the “Start WebDriver” node and rerun. Both WebDrivers are not connected to each other. Reason for this is that the second is started with different instructions (Incognito). [Bildschirm­foto 2023-01-20 um 15.41.02] Let me kn…

Multiple WebDriver Factories interfer with each other?
ArjenEX January 20, 2023, 4:00pm #2

I have a feeling that point 1 is going to collide with the feature that you can drag and drop nodes on top of eachother to replace them. 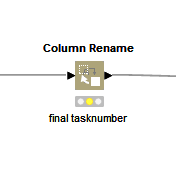 Valid point but this was frequently the primary cause as the node was unexpectedly not replaced but placed atop.

I assume there might be a call / event being fired upon successful replacement. However there is also the scenario when an entire branch with multiple nodes is copy, pasted and placed. Unintentionally, one could easily oversee that there is an unestablished / missing connection.

Though, hooking into the assumed „successful event event“ another check could be triggered if nodes are placed in the exact same spot in the grid. Eventually even upon opening or saving the workflow as there are many check ls being carried out already.